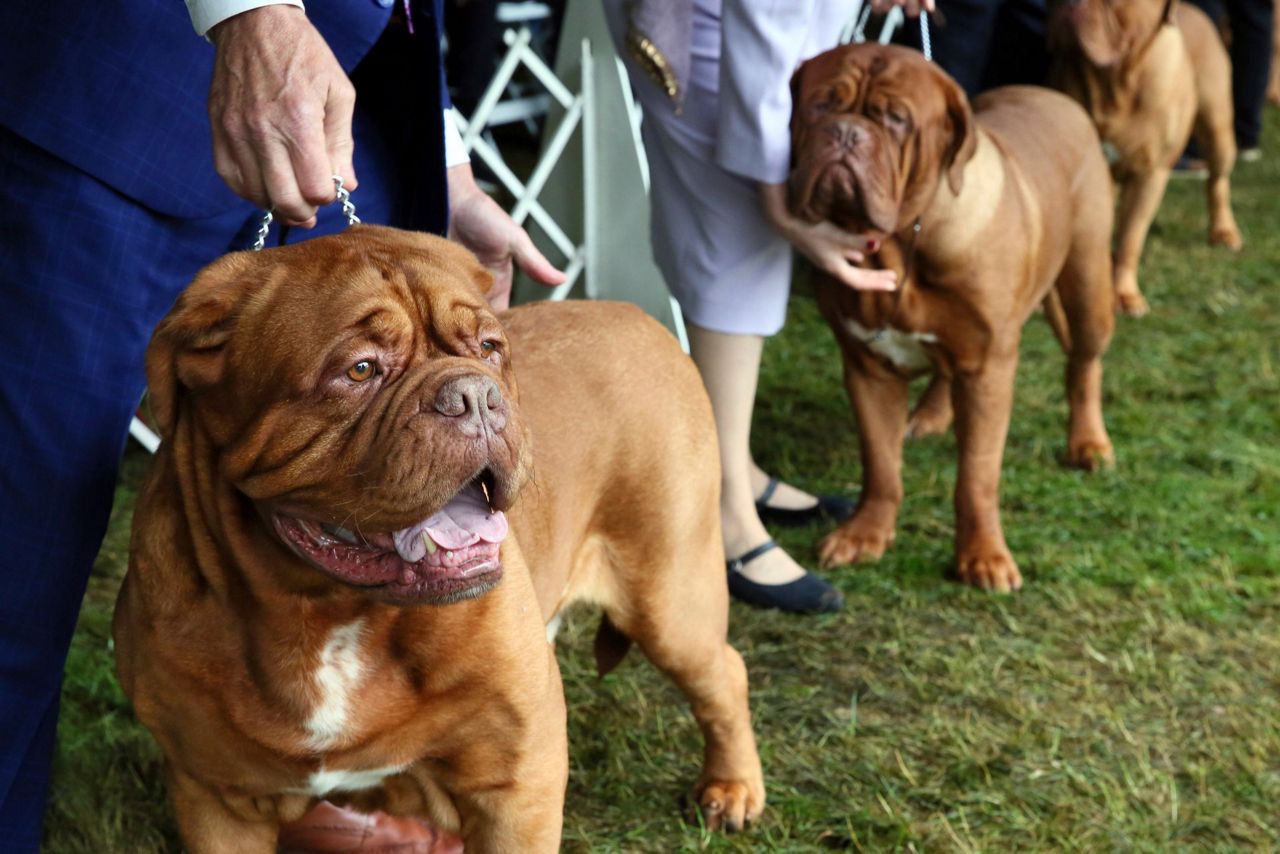 TARRYTOWN, NY (AP) — The top dog gets crowned at the Westminster Kennel Club Dog Show on Wednesday night, with a field that includes a French bulldog with an NFL connection, a bloodhound, a German shepherd, a Maltese and three more finalists yet to be chosen.

Out of more than 3,000 dogs entered, just seven will make it far enough to vie for the best in show prize at the most prestigious US dog show. Usually held in winter at New York City’s Madison Square Garden, the show moved to the suburban Lyndhurst estate last year and this year because of the coronavirus pandemic.

Each finalist represents a different canine “group,” or type, such as hounds or terriers.

Westminster is often described as the Super Bowl of US dog shows, and Winston the French bulldog aims to make it so for co-owner Morgan Fox, a defensive lineman who was just signed by the Los Angeles Chargers and has played for the Los Angeles Rams and the Carolina Panthers.

Fox said he was “ecstatic” when Winston made the finals.

The dog came his way from his grandmother, Sandy Fox, who has bred and shown Frenchies for years. Morgan Fox grew up with one and says that as he watched Winston mature, he knew the dog was a winner in both appearance and character.

“He’s a joy to be around,” Fox said. “He always walks around with as much of a smile on his face as a dog can have.”

Winston, currently the top-ranked dog in the country, faces River, a big-winning German shepherd, and Trumpet, a bloodhound descended from the 2014 winner of another major show, the Thanksgiving-season National Dog Show.

Then there’s a Maltese that clearly is aiming for stardom: Her name is Hollywood.

Still to be chosen Wednesday evening are three more finalists: a terrier, a sporting dog (such as spaniels and retrievers) and a working dog (guard dogs, sled dogs and other big breeds).

Hopefuls include Striker, a Samoyed that made it to the finals at Westminster last year and won his breed again on Wednesday morning. After topping the canine rankings last year, Striker has lately been hitting a few dog shows “to keep his head in the game,” said handler Laura King.

What makes the snow-white Samoyed shine in competition? “His heart from him,” said King, of Milan, Illinois.

“His charisma shows when he’s showing,” and he complains – vocally – when he’s not, she said.

Monty, the giant schnauzer headed to the semifinals Wednesday night, is a son of the dog that won Westminster’s runner-up prize in 2018. Classified as a working dog, Monty enjoys yard work — which, to him, means presenting a football to be thrown while handler and co-owner Katie Bernardin’s husband, Adam, is mowing the lawn, she said.

Another competitor, Ooma, had a smooth path Wednesday to the semifinals. She was the only Chinook that showed up. The sled-pullers are the official dog of the state of New Hampshire, but they’re rare nationwide.

“I would love to see a couple more” in the Westminster ring, said Ooma’s breeder, owner and handler, Patti Richards of West Haven, Vermont. “Without people who will show and breed, we’re in danger of losing our breed.”

Bonnie the Brittany is Dr. Jessica Sielawa’s first show dog, and the two didn’t come away with a ribbon on Wednesday. But their teamwork extends beyond the ring.

She plans to get her show dog certified as a therapy dog, too.

Copyright 2022 The Associated Press. All rights reserved. This material may not be published, broadcast, rewritten or redistributed without permission.